Blog
Home Innovation What Is The Metaverse — And Why Does Mark Zuckerberg Care So Much About It?
Innovation

What Is The Metaverse — And Why Does Mark Zuckerberg Care So Much About It? 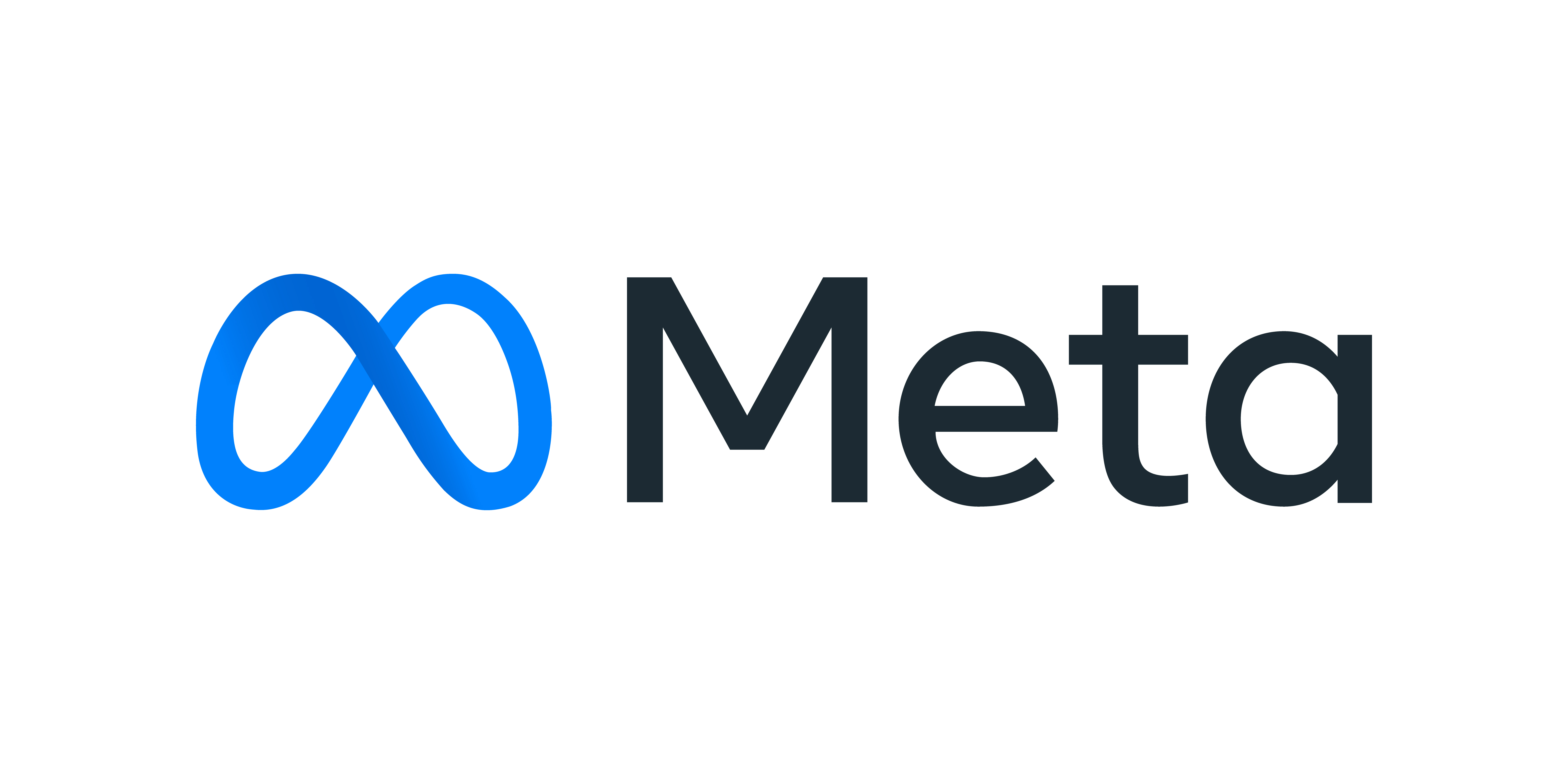 In 2007, roughly a million people flocked to Second Life, eager to experience the three-dimensional, web-based alternative reality launched four years earlier. Those users roamed around as customizable, cartoonish versions of themselves called avatars and enjoyed a wide array of activities. They could listen to Kurt Vonnegut give a live talk, dance at popular nightclubs like Hot Licks and Angry Ant, shop for both virtual clothes and real ones at the Armani store, visit reconstructions of famous landmarks like Rockefeller Center, have virtual sex—and, most famously, speculate on digital real estate. After exchanging actual greenbacks for Second Life’s Linden Dollars, users were spending $100 million a year on virtual purchases, much of it on real estate. Early investors like former schoolteacher Ailin Graef—briefly famous under her Second Life handle Anshe Chung—possessed Second Life real estate portfolios putatively worth $1 million or more as property prices spiked.

Riding the boom, Second Life founder Philip Rosedale secured a $100 million-plus valuation for his startup and over $30 million in funding, including money from another man thinking intently about the internet’s potential to change how we live: Jeff Bezos. Bezos liked sitting around with Rosedale in real life, pondering what Second Life could become.

“We were thinking that we were going to be spending half our time online as avatars,” recalls Rosedale. Creating a world like that “turned out to be much harder than I thought,” he says.

For a time, Second Life made it seem like the metaverse—an idea for an immersive, 3D world originally conceived in a 1990s sci-fi novel—had finally arrived in our own world. It hadn’t. 2007 marked Second Life’s peak popularity. After that, its user count plateaued, then ebbed steadily lower, hampered by glitchy graphics, sluggish internet connections and the emergence of a new popular place to congregate online: Facebook. While Second Life still plods on today, reportedly with around 600,000 users, Facebook now has 2.9 billion. Rosedale stepped aside in 2008. As for Bezos, he quickly turned his concentration to dominating the two-dimensional mainstream internet, and Amazon never set up an official presence in Second Life.

Today another tech billionaire hopes to finally—and more fully—conjure up the metaverse, and ironically, it’s the same person who helped bring about Second Life’s ruin: Facebook founder Mark Zuckerberg. Under siege on multiple fronts, Zuckerberg has pinned his trillion-dollar company’s future to creating a metaverse, last week renaming Facebook as “Meta.” (For simplicity, we’ll continue to refer to Zuck’s company as Facebook in this story.) Zuckerberg has said the concept will cost $10 billion this year–then more in future years—and expects the metaverse to lose money for the foreseeable future. The numbers are big, but Facebook can stomach those losses just fine: It netted $29.1 billion in profits on $86 billion in sales last year.

Zuckerberg’s project isn’t earth shatteringly new. Fragments of it have kicked around Silicon Valley for years—as Second Life and Bezos’ interest in the metaverse make clear. But Facebook does have a couple things going for it that others in the past didn’t. One is the ability to deploy more money in the next two or three years than the total of all the dollars spent on the metaverse during the prior 30 years. Another is the simple fact that we’re all a great deal more comfortable with virtual communication now after working from home for much of the past 20 months.

“Our goal is to help the metaverse reach a billion people and billions of dollars in commerce in the next decade,” Zuckerberg said on a conference call with Wall Street analysts last week. Getting there, he noted, “will be a long road.”

What is the metaverse?

A boundless, 3D digital world accessed as easily as the internet, where we do things like hang out in a park, play a game, see a concert or suffer through a work conference.

Where’d the idea come from?

A computer scientist named Jaron Lanier first coined the term “virtual reality” in the 80s, and the first applications for VR were airlines, car makers, NASA and the military. They were the only ones who could afford the technology. Back then, a VR headset might cost as much as $3 million in current dollars, Lanier estimates. “It was expensive and hard to come up with a business model to make enough money from an arcade situation,” he says.

The actual term “metaverse” comes from a best-selling 1992 sci-fi novel, Snow Crash. Its author, Neal Stephenson, imagined a dystopian world where the book’s main character, a hacker/pizza delivery guy named Hiro Protagonist, travels back and forth from his grim reality to a 3D virtual cityscape, the Metaverse, that stretches for over 40,000 miles. Stephenson’s work would later influence The Matrix series and Ready Player One, a 2018 Steven Spielberg film based on a book by Ernest Cline from seven years earlier.

Outside of books and movies, how close have we gotten to a metaverse in our world?

Aside from Second Life, the most realized examples of metaverses have come from video games. The most famous example of these online, persistent game worlds is World of Warcraft, which has been going strong now for 17 years and still has about 5 million paying subscribers. The place is a sword-and-sorcery geekdom with an undeniably large social component: People have met their spouses playing the game. It’s also a financial juggernaut. Activision Blizzard, the company behind World of Warcraft, has earned well over $8 billion in lifetime revenue from the game.

Snap has delved deeply into the space, too, but has focused its efforts on augmented reality, a slightly different concept than VR. Augmented reality revolves around using your smart phone or special eyeglasses to augment the real world with virtual elements. Niantic’s Pokémon Go game is the best-known use of AR. The key difference is AR doesn’t fully block out reality; a VR headset strapped over your head does. Microsoft has jumped into the fray, too, announcing just a day ago that it would develop a work-focused metaverse—where its Teams collaboration software would have VR and digital avatars.

Epic Games’ Fortnite, which debuted in 2017, has probably come closer to a Snow Crash-type metaverse than anything else. Fortnite players see its online battle royale game as a place to socialize; they chat through audio and video features built into desktop computers and gaming consoles or through third-party apps, like Discord. And virtual concerts from artists such as Marshmello, Travis Scott and Arianna Grande have further widened its universe.

The biggest thing: Zuckerberg seems to hope people will access his virtual world through a VR headset—just as Hiro did in Snow Crash. It is an important distinction. Fortnite, Second Life and most other multiplayer online games are typically displayed on a PC monitor or TV connected to gaming consoles like an Xbox or a PlayStation. The rest of Zuckerberg’s metaverse idea seems very much a work in progress. But he has shared images of a VR office setting called Horizon, which would take advantage of the pandemic’s shift to virtual work.

Zuckerberg began laying the groundwork for this back in 2014 when he purchased Palmer Luckey’s Oculus, a VR headset maker, for $2 billion. Facebook has since acquired more than a half dozen other VR-focused startups—including last week’s purchase of Within, a Los Angeles-based boutique game developer—committing over $1 billion to the on-going shopping spree.

Shortly after Facebook released its first Oculus headset in 2016, Vanity Fair asked Stephenson what he thought about the prospect of Facebook moving into virtual reality. “There’s no fixed process for predicting the results and controlling what happens,” said Stephenson, who couldn’t be reached for this story. “At some level, it boils down to people’s capacity to act as socially responsible, ethical individuals.”

Why is Zuckerberg so focused on the metaverse?

Facebook, which wouldn’t comment for this story, has lost ground among younger users to YouTube, TikTok and Snapchat. While Instagram remains popular with teens, Facebook’s original app isn’t. Increased attention around anti-trust issues means Facebook likely can’t buy any new competitors. If it wants an app to win back young people, it will need to build it itself, and Zuckerberg seems to feel a VR-centered metaverse will do this. (“We’re retooling our team to make young adults our north star,” he said on last week’s Wall Street conference call.) Moreover, talking about the metaverse provides a timely distraction from a whistle-blower scandal consuming much of the media attention around Facebook.

What challenges does Facebook face in turning the metaverse into reality?

Newer, more powerful microchips have improved VR graphics, largely eliminating a problem dating back to the earliest consumer headsets in the 1990s: Their lagging images made some people nauseous. But even today’s most sophisticated headsets still only track a limited portion of your body movements. As a result, avatars within VR still look awkward, particularly their faces—the so-called uncanny valley effect. If we’re all going to live in the metaverse, our digital selves likely need to be more appealing.

There’s also what Jeremy Bailenson, the founding director of Stanford’s Virtual Human Interaction Lab, who has counseled Zuckerberg, describes as his “30 Minute Rule.” That’s the maximum amount of time he thinks someone should spend within virtual reality today. “In my lab, after 30 minutes, everybody has to take the headset off and take a drink of water, touch a wall, talk to a real human—do something to reconnect with the real world,” he says. But half an hour won’t be enough for Facebook. It competes with social media platforms that draw in people for as much as 60 minutes a day. And if he intends the metaverse to replace all our time online today, that’s more like 3 hours and up a day, according to data on internet consumption by Statista, a statistics research firm.

Price is another thing. The second iteration of Facebook’s Oculus VR headset, released in September 2020, retails for $299, half what its initial Oculus cost. But Facebook probably needs to continue lowering that price tag for the metaverse to reach a mass audience. The company hasn’t set any formal goals, but it’s hard to see it being happy with spending $10 billion (and up) a year on something that doesn’t at least reach the scale of Instagram (1 billion users) or WhatsApp (2 billion). A little context: Facebook is poised to spend far more on the metaverse than what it took to buy Instagram ($1 billion in 2012) or WhatsApp ($19 billion in 2014).

And Zuckerberg still needs to give a reason for people to turn on the headset. No one has yet managed to do for VR what Space Invaders did for Atari and Halo did for Xbox: dream up a game or some other type of content popular enough to make a VR headset feel like a necessary purchase. At the same time, Facebook must decide what type of content to allow in the metaverse. Considering this, Jaron Lanier, the computer scientist credited as the father of virtual reality, offers some dark words on the subject. “If you run [the metaverse] on a business model that’s similar to the one that Facebook runs on, it’ll destroy humanity,” says Lanier, presently a researcher at Microsoft. “I’m not saying that rhetorically. That is a literal and specific prediction that humanity could not survive that.”

Let’s say we avoid the fire and brimstone. Zuckerberg’s journey into the metaverse does nonetheless seem destined to end with a future struggle over content moderation that could make Facebook’s current one seem quaint in comparison. 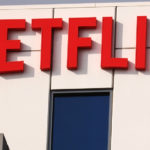 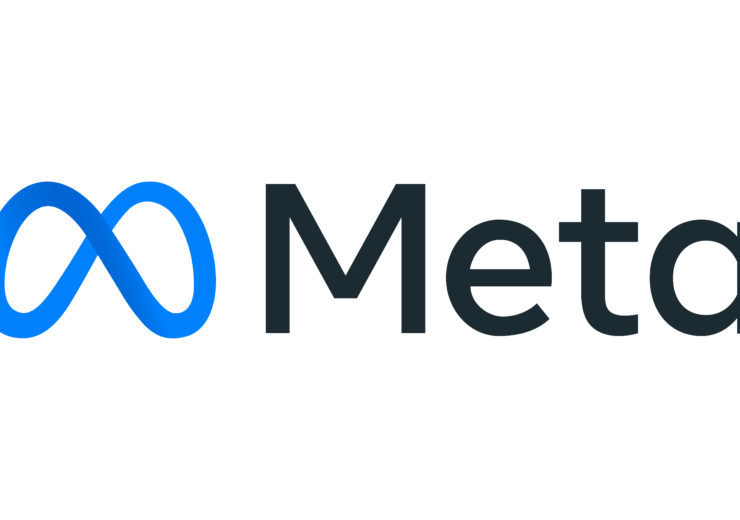 What Is The Metaverse — And Why Does Mark Zuckerberg Care So Much About It?

In 2007, roughly a million people flocked to Second Life, eager to experience the... 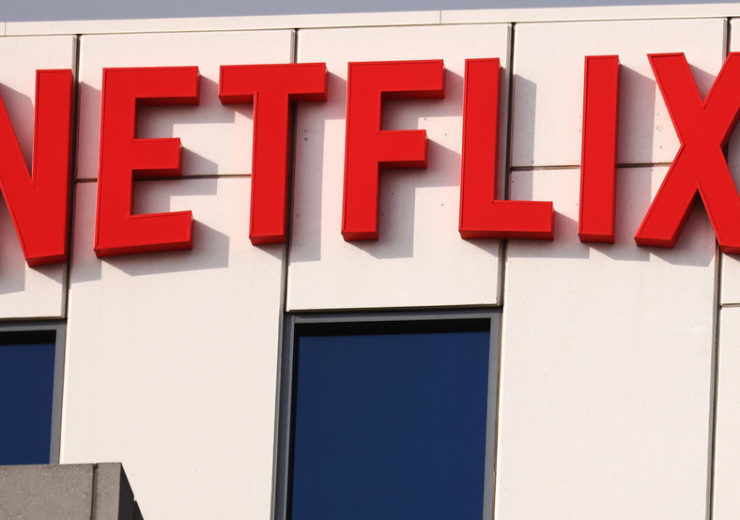 Starting this week, Netflix will be adding gaming to its mobile app. At launch on...